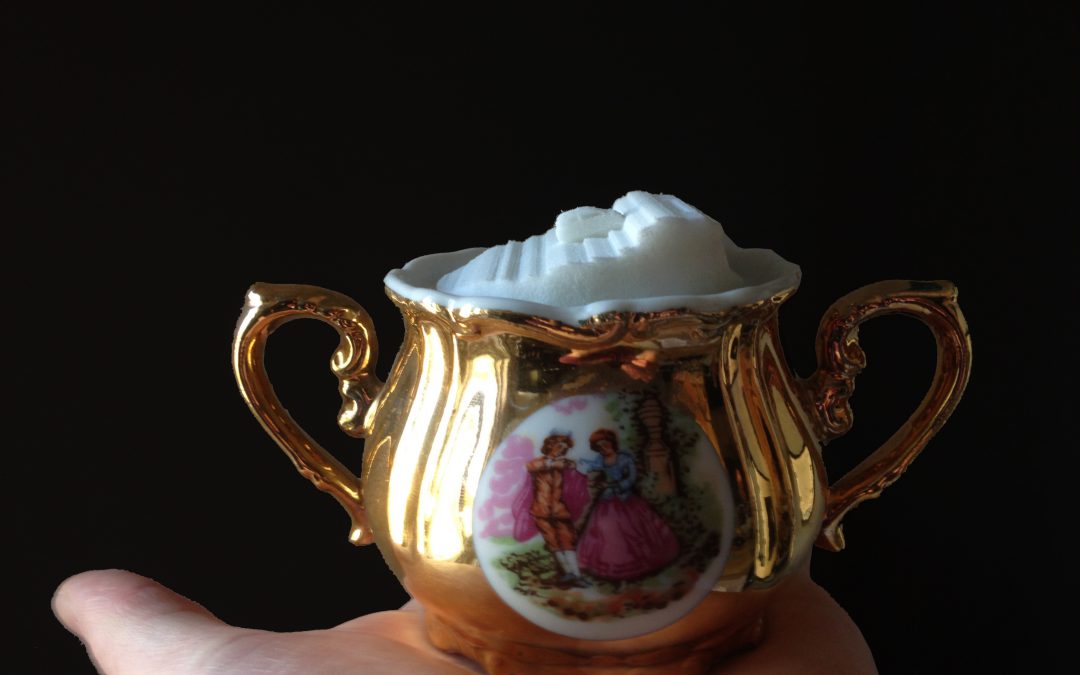 I repaired my girlfriend’s (inherited) sugar cup with a story

The lid of the cup was missing, and I decided to replace it with a function substitute in the shape of a memory: our first vacation together, a journey to Crete – the Greek island. When I thought back of that holiday the first thing that came to mind was a trip we made on our second day there, when our hotel owners suggested we’d visit Balos Beach, a peninsula in the very west of the island. The road would get bad after a certain point they said, but it would be worth it – so we went for it. And surely, after a while the road got bad. I mean I didn’t get worse, it simply ended. This meant driving off road next to a cliff – in our tiny little rental car – for miles on end. And when we finally arrived at the edge of the mountain it turned out we still had a pretty intense hike in front of us to get down to the water. But when we finally ended up at the beach we had to admit the locals were right, it had all been worth it; Balos Beach was a beautiful lagune, with golden sands, clear water, an amazing view and almost no one else around. Our own private paradise. I looked up the mountain we drove up on Google, traced the side view and extruded it. Then I looked up a picture of the tiny car we were in and did the same, just on a different scale. Next I simply put the two together and gave it a round cut, and voilà; A new cap is born. The mountain covers the opening, the car acts as a handle.

So now when we serve the tea, we also put a story on the table.