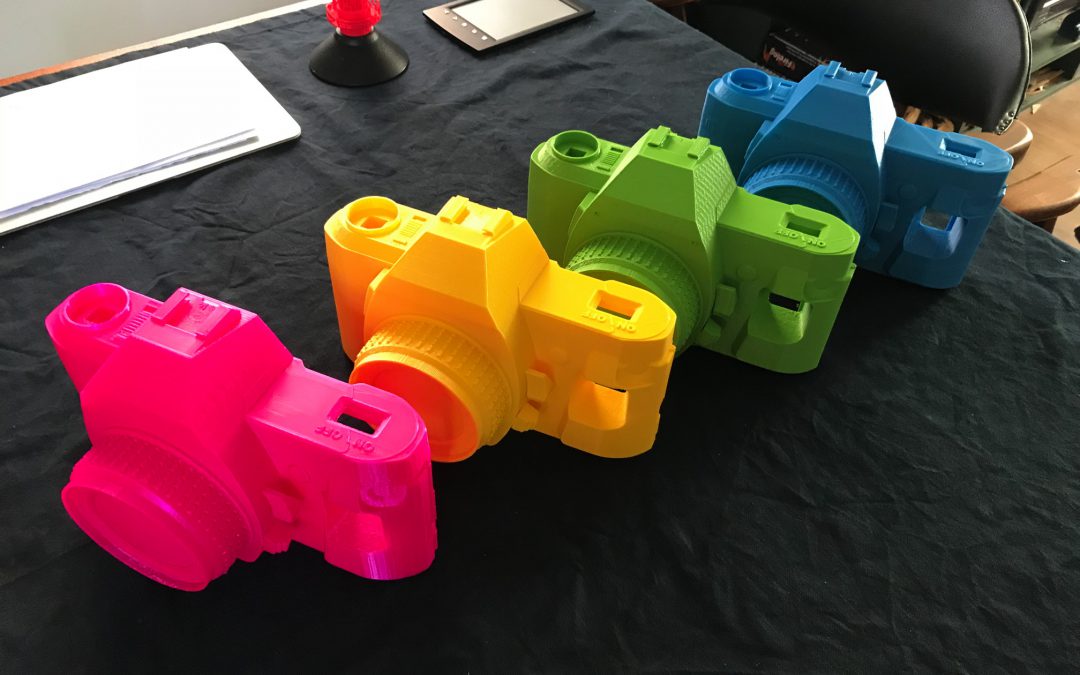 The Game Solutions Lab (located in Eindhoven) hired me to do the prototyping for a project in Sittard-Geleen, where the municipality wanted to strengthen district ownership among their citizens. We came up with a cultural probe in the shape of an app that would allow for one picture to be taken each day. When started it would prompt a challenge for the player (i.e. what’s the most adventurous place in Sittard-Geleen), giving them one hour to find a location and take their picture. Then the camera would switch to the back and a short video recording was made, explaining why the player chose this spot. Finally another prompt would pop up, asking the player to hand the camera over to someone else (i.e. someone half their age). I designed and 3D printed the camera casings for the tablets as well. Five of them are were distributed, and they’re still traveling around (Aug.2018) – uploading a new photo daily.