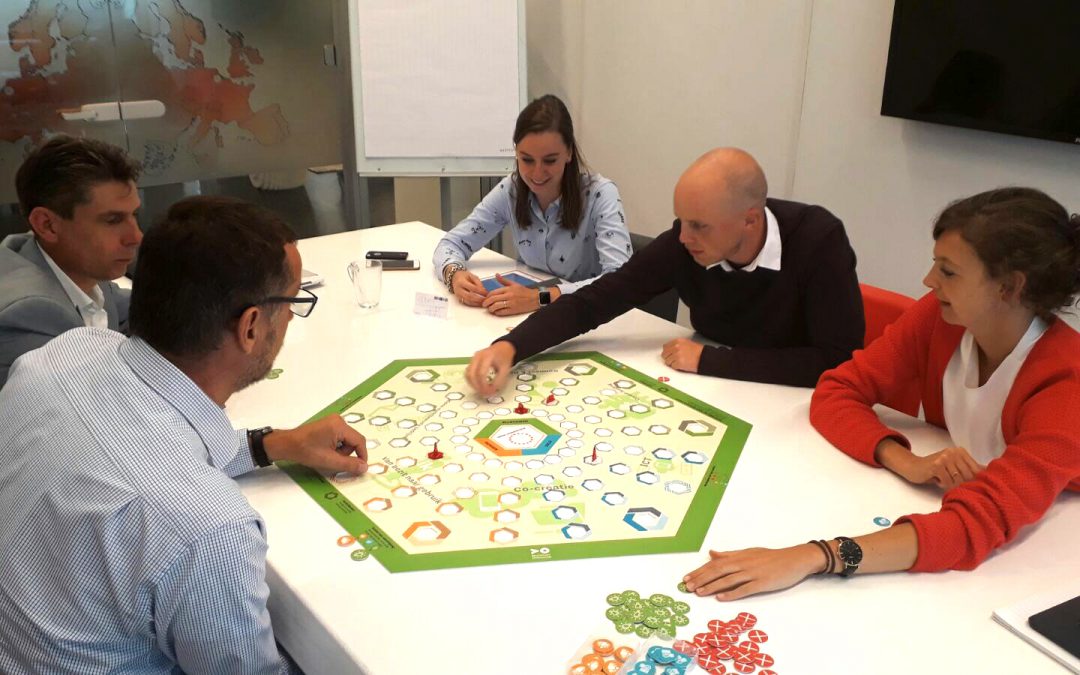 I was invited by some members from Founded By All to cooperate in the development of a game that would help representatives of Brainport to share three different scenarios for the future of our economy to entrepreneurs in their network in an engaging way. We developed a game revolving around collecting resources, and the cooperation between start-ups, suppliers and large scale industry. The scenarios were communicated through news flashes like Monopoly’s chance cards, and the game was very well received.